Home Of John McCain and Other Truths

Of John McCain and Other Truths

Of John McCain and Other Truths

The media has reflected that McCain’s wife will be the one to take office in the Senate, a practice that demonstrates the unique logics of American “democracy”.
—————————————————————– 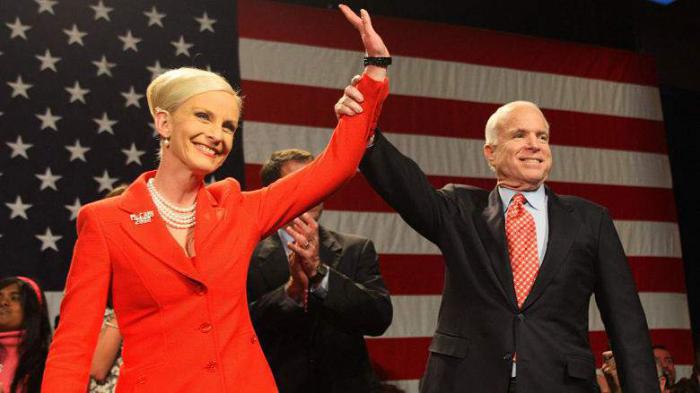 John McCain, who ran for president in 2008, with his wife Cindy. Photo: Lasexta.com

He went to war in Vietnam and did so at ease, convinced that by bombing the people of that country he was helping the greatness of the United States, while striking blows against communism, then identified as the Soviet Union.

This is Senator John McCain, who died recently at the age of 81, who at only 31 was a lieutenant colonel in the U.S. Navy and on October 26, 1967, during an action against the Vietnamese population, the fighter jet he flew was shot down by a Soviet-made missile during his 23rd mission to the north of the Asian nation.

After their physical disappearance, due to cancer, not a few stories and fables have been spread to the world by the big media. An attempt has even been made to establish a supposed critical stance against the current president, Donald Trump.

Little or nothing, however, is brought to the international community’s attention regarding the war against Vietnam and the hundreds of thousands of Vietnamese deaths, many of them from Agent Orange, a toxic chemical used savagely by Washington.

The war in Vietnam – I am sure – scarred this man of war and the system he represented, not only for the five years he was a prisoner of the Vietnamese army. In this regard, the period of time between his death and the broadcast by the media of the most varied lies, exhibits as an example those that stand out in the supposed “torture” that the U.S. military suffered.

Today the mainstream media highlights one aspect of McCain’s posthumous letter, in which he emphasizes the the deceased’s recommendation that Americans not hide behind walls. “It’s a veiled critique of Donald Trump,” reports the northern nation.

It is also recalled that whoever was a candidate in the 2008 elections, had numerous public confrontations with Trump despite being colleagues in the Republican Party. In his posthumous letter he calls for understanding between different positions.

As an example of the media’s treatment of the death, John McCain lived at a time when the political, military and cultural power of the United States was unrivalled in the world.

The Republican senator was born a few years before World War II and came to adulthood at the dawn of the United States becoming a global superpower. “Now he is leaving during what is, perhaps, the twilight of U.S. domination as the nation focuses inward, concerned about the potential risks and challenges of immigration, multilateralism and the global economy,” says Anthony Zurcher, BBC correspondent in Washington, D.C.

Another issue that has not escaped the media hype has to do with the occupation of McCain’s Senate seat and the references that his widow, Cindy, will be the nominee, since an Arizona state law – very “democratic” in the style of the United States, by the way – determines that it is the governor who appoints his replacement until 2020.

Although there has been little time between the death of the former U.S. military man who bombed Vietnam and the media coverage with its excesses and adulterations, would it not be too much to ask that, in moments of recollection like this, at least remember what happened in Vietnam.

Or is it that the truth may be different when it comes to the United States?