Home Obama and the Cuban Economy

Obama and the Cuban Economy

Obama and the Cuban Economy:
Understanding What He Did Not Say 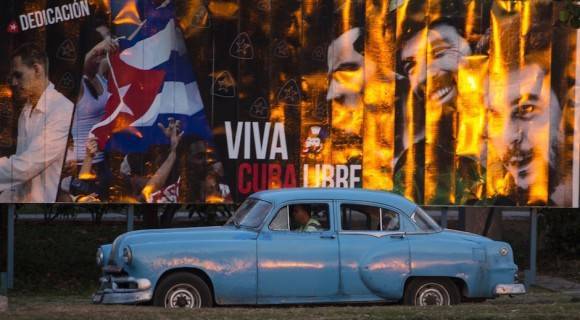 I had the opportunity to participate in several meetings with the delegation that accompanied Obama and to listen to the President’s three speeches. Now I feel obliged to share with my colleagues what I understood of what was said and of what was not said, because in politics what is left unsaid is often as important as what is said.

Looking to the past it is evident that the recently-begun process of normalization of relations between Cuba and the United States should be interpreted as a great victory of the Cuban revolutionary and socialist people, their convictions, their resilience and sacrifices, their culture, their ethical commitment to social justice; as well as a victory of Latin American solidarity with Cuba.

There are a few things that are so obvious to us Cubans that sometimes we forget to emphasize them:

I do not think there is anyone fairly lucid and well-informed in the world who can interpret this ongoing normalization process as anything other than a victory for Cuba in its historical dispute with the United States.

Looking to the past, that is the only possible interpretation.

But looking to the future, things are more complex; and there are at least two possible extreme interpretations, as well as intermediate variations:

On the streets of Cuba both are discussed today. I alert the reader at this point that, for now, I will not argue for or against one of these two hypotheses, or their various combinations. Future events will take care of it, and each person will draw “their own conclusions” in this “passage to the unknown” [a reference to the closing sentence of the host of Cuban TV show Pasaje a lo Desconocido or, Passage to the Unknown]

Those who adhere to the hypothesis of the evil conspiracy read the words of President Obama as a false promise or a subtle deception that follow a plan designed to open the doors to US capital and the influence of US media; to allow expansion in Cuba of an economically privileged sector, which eventually would evolve into the social foundation for capitalist restoration and the renouncing of our national sovereignty. These would be the first steps for a return to the Cuba of rich and poor, dictators and gangsters that we had in the ’50s.

Cubans who think like that are entitled to do so: there are many facts in the common history that justify this enormous distrust. These are known and I do not need to list them here.

Many people remember the famous phrase attributed to President Franklin D. Roosevelt when he said of Nicaraguan dictator Anastasio Somoza: “Somoza may be a son of a bitch, but he’s our son of a bitch“.

Certainly neither President Obama, nor the current generations of US Americans of good will (there are many) are to blame, as individuals, for the early stages of this historical trajectory. But it is also undeniable that the history is there, and it imposes constraints on what they can do, and on how we interpret what they do. Historical processes are much longer than a human life, and events that occurred many decades ago influence our choices today, because they condition collective attitudes that have an objective existence, relatively independent of the ideas and intentions of the leaders.

Even distancing President Obama from the aggressive and immoral policies of previous administrations, which organized invasions, sheltered terrorists, encouraged assassinations of Cuban leaders and implemented the attempt to starve the Cuban people; even establishing this distinction, we cannot forget that Obama alone is not the political class in the United States. There are many other components of power there. They have always been present: are present today, will be present when Obama’s term ends within a few months, and will be present in the foreseeable future. We are seeing them in the current election campaign.

To be honest with everyone who reads this note, I must admit that President Obama did not give the impression here of being the articulator of an evil conspiracy, but of being an intelligent and educated man who believes in what he says. What happens then is that the things he believes in (he has every right) are different from those we believe in (also with every right).

That is the second hypothesis: divergent conceptions about human society. These were very evident in every moment of President Obama and his delegation’s visit to Cuba, in all that was said, and in what was left unsaid.

It was very clear that the main direction of the US relationship with Cuba will be in the economic field and within this field the main strategy will be to relate to the non-state sector and support it.

It was very clear in the speech and symbolic messages, that they would distance themselves from the Cuban socialist state economy, as if “state property” meant property owned by an alien entity, not the property of all the people as it really is.

On the need for the existence of a non-state sector in the Cuban economy, we have no differences. In fact, the expansion of the space of the self-employed and the cooperatives is part of the implementation of the Guidelines of the 6th Party Congress. The divergence lies in the role that such non-state sector should have in our economy:

Taking the path of civilized coexistence “with our differences” means that all the Cuban people must know very well where these differences are to prevent –seemingly rational– ad hoc decisions for tactical economic problems lead to strategic errors; and worse, that others push us to these through the things that are said and left unsaid.

We knew how to avoid those mistakes in the beginning of the Special Period, after the disappearance of the European socialist bloc and the rise of the neoliberal ideological tide of the 90s. We will know how to do it now, even better.

Civilized coexistence certainly leads us away from the dangers and barbarities of war (military and economic), but does not spare us from the battle in the realm of ideas.

The economic battle of the Cuban 21st Century will occur in three main areas:

The battle of ideas means to consolidate thinking and consensus on where we want to go, and on the concrete ways to get there.

The waters of the Straits of Florida should not be a field of war, and it is very good for everyone that they are not so; but those waters will continue separating for a long time two different conceptions of human coexistence, of the organization of people for social life and work, as well as the distribution of its fruits. And it is also very good that this is so.

Our ideal of human society is rooted in our historical experience and the collective soul of Cubans, masterfully synthesized by the thought of José Martí. He studied and understood US society better than anyone else in his time and said: “Our life does not resemble theirs, nor should it resemble it in many ways.”

The basic belief of capitalism, even of those who so honestly believe in it, is the construction of material prosperity based on private property and competition. Ours is based on the creativity driven by the ideals of social equity and solidarity among people, including future generations. Our concept of society is the future, and although the future is delayed, stuck in the objectives of the present constraints, it remains being what we must fight for.

Private property and competition are the past; and although that past continues, of necessity, existing within the present, it remains being the past.

The battle for our ideal of human coexistence will be in the hands of the present generation of young Cubans. In their times, they will face challenges different than those of the revolutionary generations of the twentieth century. But their challenges will be equally large and momentous, and also more complex.

In analyzing the complexity of their challenges I confess I would wish to join  the Union of Young Communists again. Its card (Nº7784, 1963) I have on my desk right now. I’m still a communist, but I have to accept the fact that I can no longer be considered “young”. But I can share with young people the analysis of what is being said today, and the unveiling of what is not said. And I can build with them the intellectual tools we need for the battles to come.

José Martí wrote in April 1895: “Of thought is the greatest war that is being made against us: Let us win it by thought“