Home Marta Harnecker has Passed Away

Marta Harnecker has Passed Away

Marta Harnecker, one of the greatest figures of the Latin American left, has passed away

**As an author, Marta Harnecker published more than 80 books, including “Elementary Concepts of Historical Materialism”, written in 1969 and now in its 70th edition. 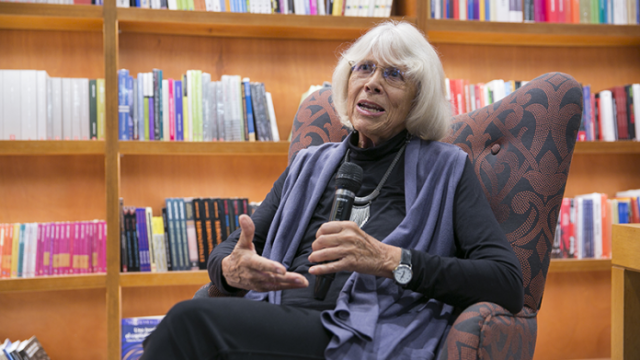 This activist was born in Chile in 1937 and is recognized as one of the main figures of the Latin American left. She lived in the first person the socialist government of Salvador Allende and managed to survive the violence of Augusto Pinochet’s military coup.

Many were politically formed by her works. Her book “Elementary Concepts of Historical Materialism”, written in 1969 and now in its 70th edition, has been part of the formation of militants of leftist parties.

Of Austrian roots, Harnecker studied Psychology at the Catholic University of Chile in 1962. She did postgraduate studies in Paris with Paul Ricoeur and Louis Althusser. Upon her return to Chile in 1968, she taught Historical Materialism and Political Economy in Sociology at the University of Chile and was director of the political weekly Chile Hoy.

After the 1973 coup, she went into exile in Cuba, where she married Commander Manuel Piñeiro with whom she had a daughter.

There she lived through that country’s heartbreaking “special period” and described as “admirable” the way Cuba confronted the fall of socialism in Eastern Europe and the USSR.

After being widowed in 1998, Harnecker continued her research career and drew on the testimonies and experiences of Latin American political leaders that are part of the articles and texts that are now study material in multiple universities around the world.

Among these experiences is that of Venezuela, where she was an advisor to former president Hugo Chávez and the Ministry of People’s Power, where she was part of the management team of the Miranda International Center [CIM] in Caracas.

During her stay in the South American country, she was able to analyze the flourishing of popular struggles in Latin America.

Marta Harnecker demonstrated that socialism is not a “project” thinkable without struggle and that it cannot be done “from above”, since it must be the product of the struggles of the movement of the peoples and dominated classes.

“In this sense, she is an authentic Marxist, continuing the work initiated by Marx, without fear of enriching it – and permanently taking into account of what is new in the reality of the world, of capitalism, of imperialism, of struggles. Thus renewing the conceptualizations, the theoretical proposals and those relative to the strategies of action”, she was pointed out the journalist Samir Amin in an article published by La Haine.

“She helped to give living Marxism a Latin American dimension, as others have given it an Asian or African dimension. Marta Harnecker helped to give Marxism the universal dimension that should be her own; she helped it to be heard by the great majority of the peoples of the world, which are those of the three continents. She managed to escape Marxism from a deadly Eurocentric imprisonment. The experience of advances in the struggles of the peoples of Latin America has paved the way in recent decades, through the theoretical thought of Marta Harnecker, which has been decisive in this sense,” Amin stressed.

Harnecker, who suffered from cancer, spent his last years between Cuba, where his daughter resides, and Canada, together with her husband, the outstanding intellectual, Michael Lebowitz.