Home History of a medical feat

History of a medical feat

History of a medical feat

Maylín and Mayelín Téllez Bruzón were born on December 18, 1973, united by the abdomen and were the first Siamese twins to be successfully separated in Latin America 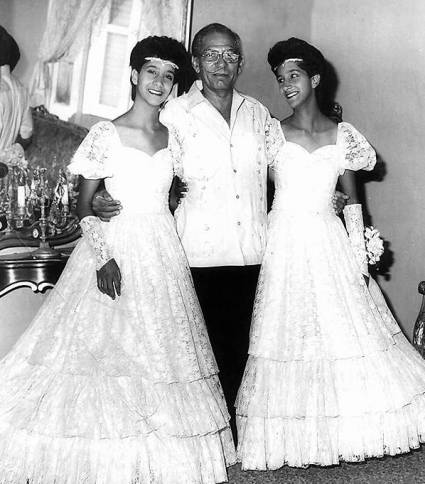 Las Tunas – At 3:00 pm on December 18, 1973, the phone of Dr. Rafael Vazquez Fernandez, a surgeon at the Hospital Vladimir I. Lenin Hospital in Holguin, began to ring with insistence. “Good afternoon, tell me,” answered the doctor when he picked up the phone. “Dr. Vázquez? -Yes, this is Dr. Hernández Ojito from the Victoria Maternity Hospital in Las Tunas. A woman has just given birth here, Siamese twins. Would you help us evaluate them?”

The news took his breath away. “Siamese twins! -exclaimed the also professor of surgery at the Universidad de Oriente. You don’t see that much in Cuba. And he recalled having read that the highest proportion of twin births is among the Yoruba in Nigeria, where almost one in every 22 births is a twin.

Dr. Vazquez Fernandez didn’t think twice: “I’m going there,” he said before hanging up. Minutes later, he boarded a car, took the road, devoured the 70-something kilometers [43 miles] that separated him from Victoria de Las Tunas and in a matter of an hour and a half he was on the ground in front of the health institution of the neighboring province. Not by a long shot did he suspect that days later he would star, along with other specialists, in an event of unusual transcendence in the history of Cuban and Latin American medicine.

In front of the Mártires de Las Tunas hospital, his colleague Hernández Ojito was waiting for him. He had attended the multiple birth together with pediatrician Clara Bisquet and doctor Orlando Zaldívar. Without wasting a minute, they went to the room where the little Siamese girls Maylín and Mayelín Téllez Bruzón – each weighing six pounds – were taking their first nap on earth, joined at their abdomens.

The preliminary examination concluded that their separation could be attempted. They requested an ambulance and left for the Lenin Hospital in Holguin, opened eight years earlier. “How much times have changed,” said Dr. Vazquez Hernandez. And his thoughts went back to the time of the Hindus of the 16th century, who incinerated Siamese creatures as soon as they came to life.

The results were encouraging. All that remained was to consult the parents. “Success is possible, but it can also fail. Do you agree to the operation?” they were asked. And they agreed.

For the first time in Latin America, an intervention of this kind would be carried out. Other cases in the world appeared in the literature, but not identical. The foundational separation of Siamese twins took place in France in 1689. They were united by the navel. And if we are talking about Siamese twins, the oldest were the English Mary and Eliza Chulkhurst, born in 1110. They lived 34 years with a single pair of upper and lower limbs, a rectum and a single vagina.

Meanwhile, the most famous conjoined twins were Chang and Eng Bunker, born in 1811 in Siam, today’s Thailand. They lived to be 63 years old. Doctors refused to operate on them because they had… a common liver! They both married and had 10 and 12 children, respectively. Chang was the first to die. A few hours later Eng died. Since then the term Siamese designates this type of twins.

A medical feat is accomplished

But let’s continue with Maylin and Mayelin. At midnight on December 27, 1973, the surgical procedure began and lasted almost two hours. An atmosphere of great expectation was felt in the rooms surrounding the operating room. Bohemia magazine reported this in a memorable article: “For the first time in the history of medicine in Cuba, the complex task of operating on two people at the same time in the same room, and, in this case, on two small creatures only nine days old, and closely connected by the abdominal region, was undertaken.

Two groups were formed to provide differentiated care to the Siamese twins during the surgery. In the first, Doctors Vázquez Fernández, Hernández Ojito and Viamonte would assume the separation. In the second, on a parallel table, Doctors Cabrera, Velázquez and Abadía would be in charge of reconstructing their abdominal walls, once they had been separated.

“We operated with an electric scalpel, which cuts and prevents bleeding,” said Dr. Vazquez Fernandez later. We faced three tense moments: the opening of the abdominal cavity, the cutting of the xiphoid appendix, and the section into two equal parts of the common liver. This organ, by the way, had independent systems for each girl. Otherwise, the operation would have been fatal for one of them. All obstacles were overcome.

The prestigious anesthesiologist Pura Avilés also referred to her experiences at that time. “We faced another extremely challenging technical difficulty when proceeding with the endotracheal intubation of the creatures. It happened because of the proximity of their faces and because of the unwieldy heads. But we were able to solve these problems as well.

It was a resounding and resounding victory. The Holguin newspaper ¡Ahora! in the edition of January 5th, 1974, highlighted in a great headline of its front page the unusual event: “GREAT SUCCESS OF CUBAN MEDICINE”. According to the specialized literature, it was the 132nd surgical intervention on Siamese women in the history of humanity. Ours, as it has been said, were born by natural childbirth, but united from the xiphoid appendix to the umbilical region. 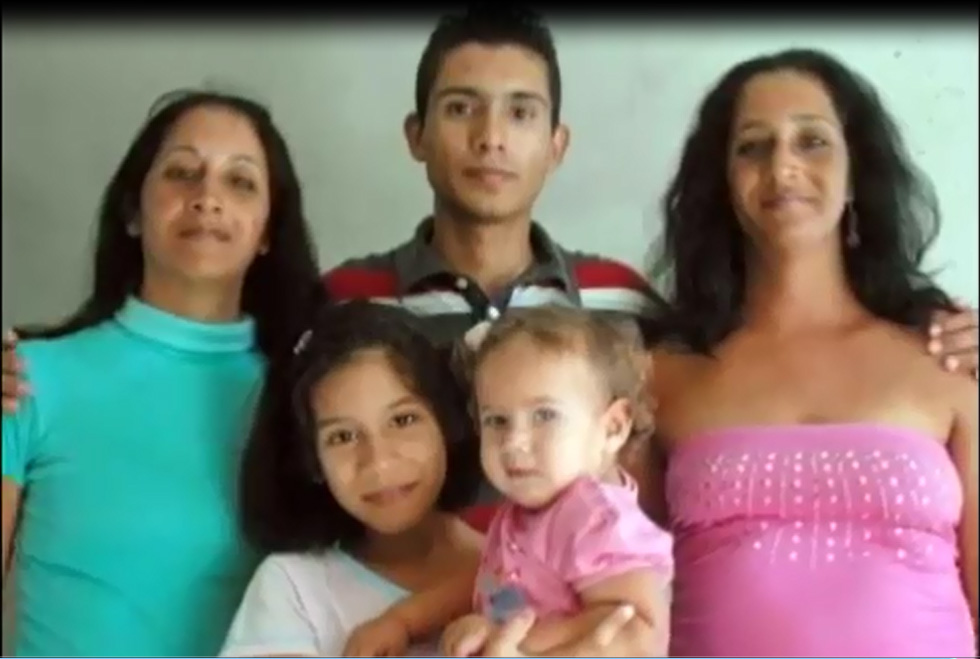 Motherhood was another of the prizes that life offered Maylín and Mayelín. Photo: Norge Santiesteban

Today Maylín and Mayelín are two completely normal women, who this December 18th, turned 47 years old. Both continue to reside without setbacks or consequences in their native Las Tunas. In addition to granting them strong health and notoriety, life also offered them the joy of being mothers. “At present, we don’t live together, because each one has her own family,” says Mayelín. But we visit each other frequently and are aware of each other to help each other if necessary. Maylín, for her part, remembers that “we lost our mother a few years ago. She always wanted us to be together and that is what we do”. The separation of the Siamese from Las Tunas is recalled in a sculpture erected at the School of Medical Sciences in Holguin. It’s a tribute to a feat of Cuban medicine that began to be shown on December 18, 1973, when the sound of Dr. Vázquez Fernández’s phone ringing augured something that still fills us with wonder.