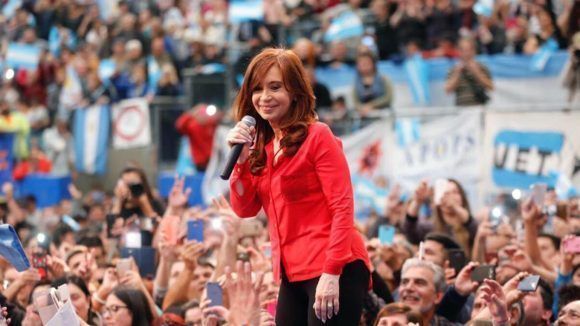 An investigation by the British Parliament confirmed that the Facebook company conducted a secret campaign against Cristina Fernández de Kirchner in the 2015 presidential elections.

The report of the House of Commons Digital, Culture and Media Committee, entitled “Anti-Kirchner Campaign”, alludes to the existence of “alarming evidence” of Cambridge Analytica’s interference in the elections in the South American country.

The campaign against the Argentine ex-president reportedly used “spy tactics”, “information warfare”, and “the use of retired officers from the intelligence and security agencies of Israel, the United Kingdom and Russia, in support of the British group’s mission of interference in Argentina”.

This, in addition to the manipulation of the data of at least 87 million Facebook users, and the use of fake accounts, both on that platform and on Twitter, with the aim of manipulating public opinion.

The UK Parliament expects the owner of the social network, Mark Zuckerberg, to return to the British legislature to answer questions he did not answer or answered with false information at his last appearance before the legislators.

Cambridge Analytica had already made the news about the illegal collection of information when it was revealed in March 2018 that it had had access to the account of more than 50 million users through Facebook, to support Donald Trump’s presidential campaign in 2016.

(With information from Telesur)

3 years ago CubaDebate, TranslationsArgentina, Cristina Fernández21
Trump Rules Out Europe as an AllyTravelers and Tourists