The President of the Bolivian Electoral Tribunal (TSE), Salvador Romero, denied on Wednesday that the TSE disqualified the candidacies of former President Evo Morales and former Foreign Minister Diego Pary in the general elections of May 3.
——————————————————————————- 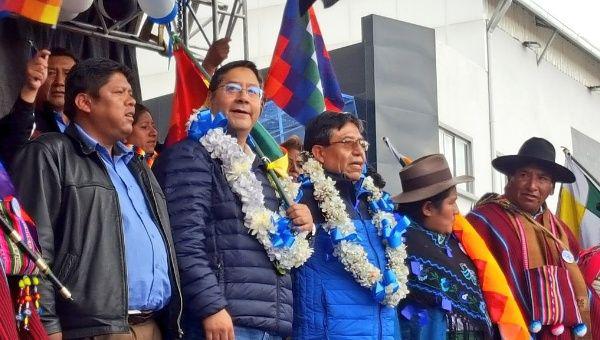 According to the electoral calendar, the disqualified candidates must be disclosed on February 23, not before, but a possible disqualification of the mas’s proposals could aggravate the political crisis of the South American country. Photo: TELESUR

The President of the Bolivian Electoral Tribunal (TSE), Salvador Romero, denied on Wednesday that the TSE had disqualified the candidacies of former President Evo Morales and former Foreign Minister Diego Pary in the general elections of May 3.

The local newspaper El Deber published yesterday that the TSE had disqualified both candidates and cited sources from the Movement Towards Socialism (MAS) as the source of the information, reported Prensa Latina.

Romero explained at a press conference that the electoral body has not made any decision on the contested candidacies, and that the information will be made public in accordance with the electoral calendar.

The candidacies of Morales and Pary, aspiring senators from the departments of Cochabamba and Potosi, respectively, are under observation for failing to comply with the requirement of residence in the country for a minimum uninterrupted period of two years.

The TSE’s decision regarding the MAS representatives is expected amidst constant complaints of non-compliance with laws to keep them out of the electoral race.

In previous days, this political organization issued a statement, in which it questioned the decision of the electoral body to submit to a resolution the approval or not of the presence of the candidates observed on the ballots, which it assured was due to political reasons and not due to technical or legal reasons.

2 years ago Granma, TranslationsBolivia, lawfare0
MAS Declares Itself in a State of Emergency20 in 20