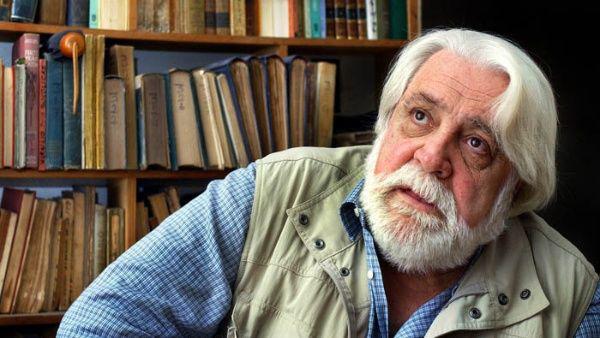 Daniel Chavarría, author of a book that revolutionized crime fiction in Latin America, died this Friday in Havana at 85.

Recognized in his adopted homeland with the National Literature Prize in 2010, the outstanding creator considered himself “a Cuban writer who was born in Uruguay.”

In doing so, he underlined his essential link with Cuba, where he arrived in 1969 and began a literary career with a firm step in 1978 when he published the novel Joy, winner three years before the Anniversary Contest of the Revolution of Police Literature organized by the Ministry of the Interior.

Since then, he won the fervor of readers and the endorsement of critics in Cuba and other countries through detective intrigue novels such as La sexta isla (The Sixth Island), El ojo de Cibele (The Eye of Cybele), Allá ellos (There They), El rojo en la pluma del loro (The Red in the Parrot’s Feather). Viudas de sangre (Blood Widows), Priapos, Una pica en Flandes (A Pike in Flanders) and El último roomservice (The Last Room Service), although he also published texts with a strong evocative charge such as Aquel año en Madrid.

Another notable publishing success was the publication of his memoirs And the World Walks on, which highlighted a personal life of adventure and his revolutionary consciousness.

Among his most recent works, he devoted special attention to one that he owed to his country of origin and to all those who defend the emancipatory ideal of the peoples of the continent: Yo soy el Rufo y no me rindo  [I Am Rufo and I Do Not Give Up, a biographical novel on Raúl Sendic the founder of the Tupamaros, .

He was also very excited to publish some unpublished chronicles in the pages of Juventud Rebelde. Journalism burned in his veins.