Cubaphobia tries to politicize the pandemic

Is He a Dummy, or is He a Booby Trap?

Cubaphobia: the attempts to politicize the pandemic and -irrationally- to put Cuba as the focus and center of the contagion, has already appeared on the political scene in Miami 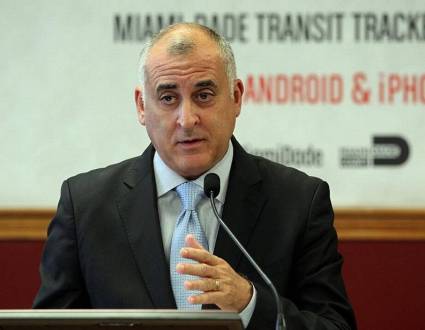 The new coronavirus has upset some people. The symptoms are a brutalization caused by bad intentions and Cubaphobia, translated into attempts to politicize the pandemic and -irrationally- to put Cuba as the focus and center of the contagion.

Of course, such bullshit could only come from Miami – a city contaminated for more than six decades by a visceral hatred and a vengeful desire for Cubans to disappear from the map, in order to appropriate this beautiful archipelago at any cost.

The most recent invention arrived with Twitter feeds and a letter sent to President Donald Trump by Commissioner Esteban “Steve” Bovo, asking him to place Cuba on the list of restricted travel to the United States, because “we need to take all preventive measures to protect Miami-Dade County and the state of Florida from the spread of COVID-19.

In Bovo County, the number of confirmed cases rose to 76 (March 18 data) and is increasing, as is the number of positive cases in all of Florida, which is almost 400, ranking among the highest in the 50 U.S. states.

Everyone knows, as do many Americans, including medical experts, and Democratic presidential hopefuls, say, that Trump did not act on SARS-CoV-2 in time, and that the public health care system — and, of course, the private health care system, plus the insurance companies — are responsive to the profits they can make, not the needs of their citizens.

Therefore, the records show that the United States is the country with the highest rate in the entire hemisphere, with 13,737 cases positive for COVID-19; 201 deaths and 108 recoveries. There are now 178 countries where the pandemic has made landfall.

However, the commissioner assures that Cuba has falsified its records, that it is rumored that the sick are Italians, that there have been no medicines in the country for a long time, and he dares to point out that “Cuba cannot protect its people, much less the tourists”.

Such is the blindness and bad temper of the aforementioned that he does not see how the world recognizes the benefits of the Cuban anti-viral recombinant Interferon alpha 2B, nor the gratitude of the passengers and crew of a cruise ship condemned to sail aimlessly through the Caribbean. [It wasn’t] until the humanism, solidarity and generosity of the largest of the Antilles and its people, opened a port and airport for them to return to the United Kingdom. A “I love you Cuba” was the best message from HM Braemar…

It would be good, in case they need it, to take into account that the Cuban pharmaceutical industry is prepared to treat thousands of possible patients with COVID-19, and our antiviral has already been successfully used in China.

The problem is that the Bovo is riding on the xenophobic bandwagon of the White House president, who never acknowledges his failures and looks for scapegoats in others, in order to also run an election campaign, since he hopes to be the mayor of Miami.

Nor does he care that if this extreme measure of cutting off travel between Havana and Miami were taken, it would totally sever the ties of Cuban families, a crime against humanity.

The last straw is that Florida Governor Ron De Santis and Lieutenant Governor Jeannette M. Núñez supported the proposal, a clear indication that Floridian politicians and those residing in the White House are high-risk personnel and prone to contagion from the silly ones.
Apr 2, 2020Kimberly Sloss
Source :
¿Será bobo, o se hace Bovo?