The US government’s economic, commercial and financial blockade against Cuba has caused losses of about US $5.57 billion, and in all areas of the country’s productive and social life, this scandalous figure translates into concrete damage where the energy sector is not exempt 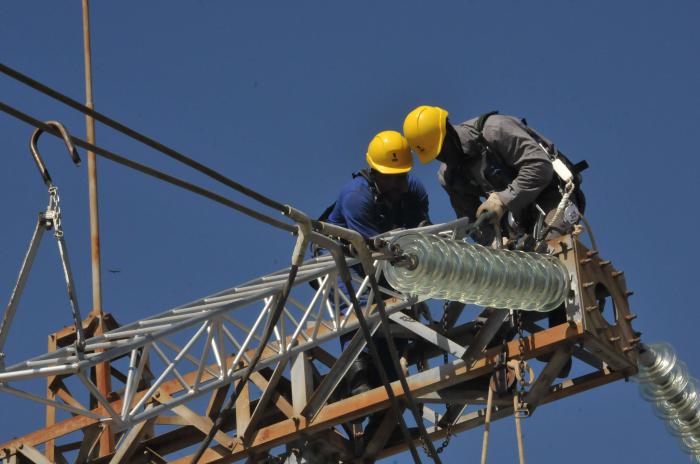 Another activity bicaused by the inhumane blockade is electricity. Photo: Julio Martínez Molina

From April last year until March 2020, the economic, commercial and financial blockade by the US government against Cuba has caused losses of around $5.57 billion dollars, which represents an increase of more than a billion dollars over the previous period.

In all areas of the country’s productive and social life, this scandalous figure translates into concrete damage. This is what happens with the energy sector, since of the total hostile actions recorded during that stage, 24 have an impact on this sector, including those related to the arrival of oil in Cuba.

Raúl Pérez de Prado, General Director of Cuba Petroleum (Cupet), has explained that, in this respect, the group had direct damages of more than $52 million. He detailed the harassment suffered by suppliers by customs authorities from different countries, which audit them in search of violations with respect to the provisions of that genocidal and extraterritorial policy, He pointed out that the reduction of operations of shipping companies and airlines with Cuba has increased the cost of freight and has made it difficult to send goods to our borders.

Another activity biased by the inhumane blockade is electricity. Ramón Miguel Pedrera Valdés, general director of this area in the Ministry of Energy and Mines (MINEM), clarified that in the last year the negative consequences for the Electric Company has been some $31 million, reflected mostly in the company Energoimport.

“The damages to foreign investment projects dedicated to renewable energy sources are an example of the extraterritoriality of the blockade. Due to the entry into force of Title III of the Helms-Burton Act, the investor even requests the successive tract of land where the wind farms will be built, for example, to ensure that, before 1959, the area was not owned by the United States,” he esplained.

Mining is one of the activities that has suffered in these years due to the illegality of the blockade. Juan Ruiz Quintana, general director of this area in MINEM, listed among the effects the payment of higher export and import insurance premiums and high transportation costs, as well as the cost of banking operations. He gave as an example that the damages of the Cubaníquel company amount to USD $156,105,700.00 while the Geominsal group suffered losses of more than $6,684,898.00

However, concluded Ruiz Quintana, the productions of the sector in this 2020 are over 90%, and in 2021 the premise is to “reinvent ourselves once again and respond with effective solutions, as until now, without giving up”.