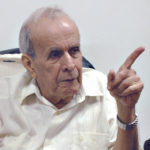 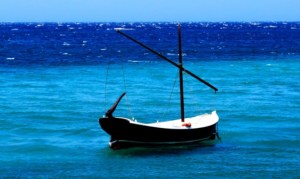 In 1944, under this title, Juan Bosch published an article in solidarity with the struggle for the independence of Puerto Rico. It was one of the countless journalistic, political and literary works that the great Dominican writer produced during his prolonged Havana exile, several of which he dedicated to the cause of the sister island.

Despite the time elapsed, almost three-quarters of a century ago, a similar text, with the same title, could be written today: “Adrift by the seas of history, without direction, without destination, goes Puerto Rico: for four and a half centuries “

Now it should be added that the situation is worse and the island, hit by fierce hurricanes, especially the most recent and brutal named Donald Trump, faces a decisive moment in its history.

In those days, when Bosch wrote his beautiful prophecy, Franklin Delano Roosevelt, who promised the American people a new deal that benefited the workers and the poor and the peoples of the Continent, governed in Washington and offered a policy of good neighborliness. But his promises did not outlive him.

For a long time now, both projects have been reduced to ashes, swept away by the savage capitalism and unbridled warmongering that has been practiced, in one way or another, with secondary nuances, by all the US administrations since the Second World War.

In the 1940s, Luis Muñoz Marín and his Popular Democratic Party (PPD) still advocated the independence of the island. Later, they would relegate to a secondary level the fundamental question of national sovereignty and would accept, under Washington’s patronage, the so-called “Associated Free State” (ELA), a clumsy disguise that changed nothing in the harsh colonial reality.

Thanks to tax exemptions and other privileges, the territory was flooded by North American capital displacing local producers and promoting a massive emigration to the north. Quantum investments in the infrastructure gave it an air of modernity. Imperial propaganda spared no effort to sell the beautiful island as a paradigm, a model for the rest of the continent. At the same time, they filled the small territory with bases and military installations, turning it into a real fortress that was a key piece in its aggressive and interventionist policy throughout the continent.

That propaganda managed to hide, at the same time, two decisive aspects for understanding the Puerto Rican reality. On the one hand, there is the systematic persecution and repression against the patriotic movement, often violent and open, at other times, covert and more or less subtle, but always overwhelming. And on the other, Washington´s rejection of each and every one of the requests by the Puerto Rican people, including the PPD, to modify the colonial relationship and make it less harmful to their legitimate interests.

In fact, the ELA was a lie from its birth. There was never an “association” between Puerto Rico and the United States and to call “free” the creature thus created was, in addition to an affront to its victim, the Puerto Rican people, a gross insult to language itself. All the efforts promoted from the island to reach spaces of autonomy failed in the face of imperial insolence.

With the passage of time, the colonial metropolis was also changing. The United States continues to be the main economic and military power of the planet but its domain is no longer absolute, undisputed, as it was at the end of the Second World War. It has had to eliminate several important provisions that had favored its investments on the island and these were made in search of other more lucrative markets.

The economic model imposed on the colony ended in a resounding failure. The local authorities had to acknowledge their inability to pay the public debt of more than 70 billion dollars. They struggled uselessly in search of an impossible solution for a country totally subjected to a foreign power.

Denied of its own sovereignty, all negotiation possibilities were closed to Puerto Rico in order to confront a problem that independent countries face every day. In Washington, Congress and the Administration agreed to establish a so-called Fiscal Control Board, which today is the true authority that administers the territory and whose task is to force Puerto Ricans to pay what they supposedly have to by means of imposing draconian measures of austerity that increased unemployment, eliminated basic social services and boosted emigration.

To make matters worse, the island was hit by two hurricanes of great intensity, Irma and Maria, especially the latter which ruined it almost completely. The losses caused by these meteorological phenomena are calculated at more than 90 billion dollars. Thousands of families lost their homes and four months later a large part of the population has no electricity or potable water, many schools have not resumed their activities and nobody knows when or how the collapsed infrastructure will recover.

The precise figure of how many people lost their lives as a result of Maria’s passage is not even known. Independent journalistic investigations calculate that they go upwards of a thousand.

More than 200,000 have sought refuge in the United States in a migratory wave that does not seem to stop.

To top it all, along cameTrump. The unusual character, who has done nothing to alleviate the Puerto Rican tragedy, not only recalled that the supposed debt must be reimbursed, but also promotes a tax reform that, among other things, taxes the products coming from the island with 20% that will make economic recovery an unrealizable chimera.

In the midst of the disaster, the people’s determination to rebuild their country, without federal aid and against the corruption and clumsiness of those who claim to represent it, is moving.

It seems that what Juan Bosch anticipated so long ago may come true. At the time of the wreck it would be the workers, the dispossessed, the downtrodden, finally united in pain and hope, the only ones capable of saving the Homeland.

4 years ago Translations126
Unrest Within US DiplomacyLetter from Olga Salanueva, 1-26-2018