Home A Rose Plucked by Betrayal

A Rose Plucked by Betrayal

FROM THE LEFT
A Rose Plucked by Betrayal

The death of Rosa Luxemburg marked the final step of world social democracy towards treason; it was not only a crime committed with full consciousness of its historical significance, but orchestrated in function of a class hegemonism of the German bourgeoisie and big capital, allied after the defeat in the First World War. 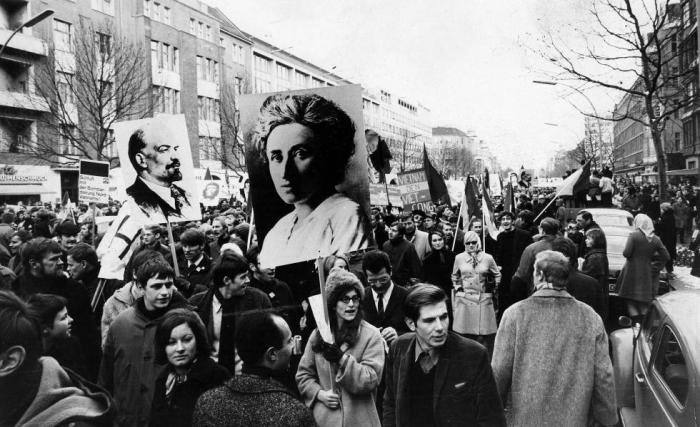 The Rose was plucked, but not hope. Photo: rosalux.org.ec

The death of Rosa Luxemburg marked the non-return of world social democracy towards treason; it was not only a crime committed with full consciousness of its historical significance, but orchestrated in function of a class hegemonism over the German working class by the bourgeoisie and big capital, allied after the defeat in World War I, to build a new right-wing order, the hard state of National Socialism (Nazi), which would lead Europe towards its dissolution as the center of the world.

In the cold dawn of January 15, 1919, Red Rosa wrote her last lines on the problem of the Revolution on the continent. And, although with pessimism, she referred to the hope that the masses would one day awaken from the nationalist and revenge lethargy hovering over the humiliated Germany of the time, and so the Revolution would show its true strength by saying: “I was, I am and I will be.”c

Being born in a country occupied by Russians, Germans and Austrians made Rosa Luxemburg look at the national question with distrust. The most “revolutionary” she heard from many of the insurgents against foreign power was based on the restoration of the Polish feudal state of the 15th and 16th centuries, which represented in then Europe one of the puresy reminiscences of the landowner’s system of servitude. That political creature, impervious to the ideas of the French Revolution, was devoured by three modern and authoritarian states that contained the nascent germ of capital.

For Rosa, then, the national question was a setback and she based her appraisals on the need to internationalize the socialist and workers’ underground movement, as a way to quickly win the emancipation of the oppressed classes. Living later in Germany, a country that based its strength as capital on the unity built by Bismarck, convinced her that nationalisms only engendered steps backward on the road to a Revolution that, given the state of things at the end of the 19th century, seemed imminent.

In fact, in Germany the Social Democratic Party became the strongest and most numerous left party in the world, generating expectations in all revolutionaries. The very advance of this force in parliament provoked the removal of ultra-conservative and monarchical elements from the public sphere. But it also favored the establishment of pacts between that left and the central power of the State. It was the beginning of the historical betrayal of social democracy from Marxist socialism.

Rosa, who never felt Polish – much less German – encouraged this powerful left to extend eastwards, capturing countries under the aegis of old feudal empires, such as Russia. She saw in the mass movement of 1905 against the Tsar the beginning of the end of the crowned heads and the other European Caesars. However, the pragmatism of leaders and ideologues of social democracy, such as Karl Kautsky, would clash with Luxembourg’s theory of socialism as a new culture, whose idea is placed beyond nationalism.

For Kautsky, the struggle against capital was one of “attrition,” inasmuch as the strikes were only intended to move power momentarily, but never to bring about its downfall, and the young socialist movement “would not know what to do with the vacuum of authority.” But she saw in this what it was: an unprecedented concession to conservative power by the leadership of a party that was beginning to abandon its bases, while reviewing Marx’s thesis 11 on Feuerbach (Transforming the World). Historical facts demonstrated the lucidity of the Polish revolutionary, as opposed to Kautsky’s reformism, in heated and dangerous polemics.

THE SOCIAL DEMOCRATIC VOTE IN FAVOR OF THE EMPIRE

Many of those who, at the height of the 21st century, are surprised by the anti-popular cutback policies applied by the non-Marxist European left, forget that this betrayal began a long time ago. Perhaps it is not a bad memory, but a voluntary forgetfulness in order not to recognize the cynicism with which the revolutionary question has been handled since then by elements sold out to the interests of capital.

Marx warned that the original accumulation product of the plundering of the third world gave the European workers (a part of them) the possibility of becoming bourgeois and, therefore, defending interests far from total emancipation, guided only towards a nationalist, local question of selfish improvement of their living conditions. The European worker will thus support not only a conservative pseudo-socialism, but also the hard fascist who guarantees a middle-class standard of living, as we are seeing in today’s Europe.

That is exactly the explanation of German social democracy, the model on which that same continental tendency was built during the Cold War (1945-1991), as a wild card against the Marxist socialism of Eastern Europe.

Social democracy should not surprise us, because since the beginning of the First World War, the budget for the Army was approved in the German parliament, the same that would kill workers and peasants of the other rival imperialist nations of Europe. That fact marked Rosa Luxemburg’s distance when she founded the Spartacus League, the germ of the German Communist Party, which would be hated by social democrats, ultranationalists and monarchists alike.

The German failure in the trenches, which showed the impossibility of the “confluence” project. It put the country on the verge of a total civil war, with revolutionary forces ready to drive for power. However, years of social-democratic government and conservative trade unions that agreed with the existing powers prevented the necessary unity of action.

A poster placed in every corner of Berlin appealed, in those hungry early morning hours of December 1918: “Whoever wants bread, let him bring the head of Rosa Luxemburg”. The black legend of Nazism began by blaming the revolutionary socialists for national disaster, as it would later do with the Jews. Worst of all, this poster was sent to hang by the president of the Republic and leader of the social democratic party, Rosa’s former comrade.

Days later, a group of Freikcorps (antecedents of the Nazi SS assault troops) advanced on a lonely 47-year-old woman, who had her skull slashed with rifle butts, and then threw her blood-dripping body into a Berlin canal. A Spartacist comrade sent an obituary to Lenin, leader of Bolshevik Russia, saying that she “took her revolutionary condition to the extreme.

The Rose was uprooted, but not hope, much less History.