Home A Dose of (In)Security

A Dose of (In)Security

A Dose of (In)Security

According to street rumors and reaffirmed specialists in Sexology and Urology in our country, in the last decade the number of young men who consume sildenafil [Viagra] without a prescription. has risen worriedly 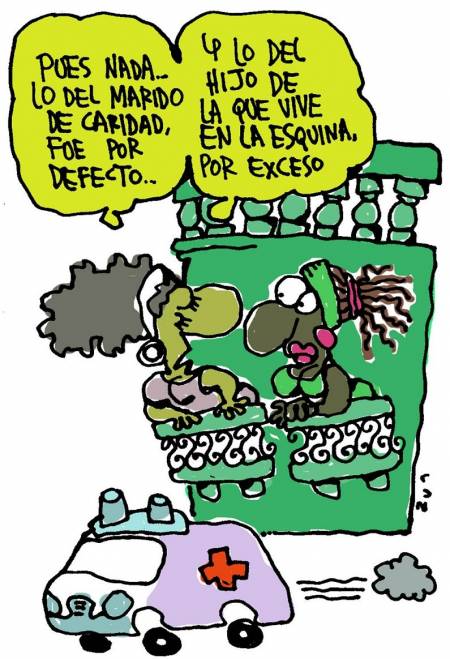 WOMAN #1: What happened to Caridad’s husband was for lack of…
WOMAN #2: And what happened to the lady that lives on the corner was due to an overdose.

in sex, it is fundamental to respect oneself and the other person.
Lara Castro, Spanish sexologist

Carlos is 19 years old. He studies engineering and is an attractive young man, intelligent and nice enough to arouse the interest of whomever he wants. His friends respect and support him, his relationships have been stable and his sexual life healthy, so far without surprises.

Like many young people, Carlos has felt the need to experiment to the maximum of his abilities. Even without the traumatic experiences to justify it, he decided to venture with “the famous little blue pill”, because they promised him that he would see the clouds and show them, in addition, to his roommate.

The outcome could have been magnificent, as other young people who were pleased insist on narrating, but Carlos ended up in a hospital ward with an intense pain in his penis, erect for more than three hours, and an unbearable headache. Luckily, it was enough to drain the limb with a syringe and there were no sequels.

According to street rumors and reaffirmed by specialists in Sexology and Urology in our country, in the last decade the number of young men who consume Viagra without a prescription, has risen worryingly. This is true both in its Cuban variant and products imported illegally under the name, not always reliable, Viagra.

The interesting thing about this phenomenon is that this drug is a vasodilator (dilates the vessels of the circulatory system). It doesn’t stimulate desire, and is intended for patients with erectile dysfunction after trying other therapies whose use involves fewer physical risks.

When employed by a young man who has no circulatory problems or erection difficulties, it can cause priapism, that continuous and painful erection of the penis that lasts several hours and requires surgical intervention to resolve.

Even without immediate traumatic episodes, it is a dangerous habit because it creates dependence and deepens the insecurity, low self-esteem or anxiety of the young person. In the long run, this can generate the feared dysfunction, but of psychological origin, explains psychiatrist and sexologist Elvia de Dios, therapist at the National Center for Sexual Education (Cenesex).

In addition, possible reactions to the chemical surpass the advantages that its consumption supposedly brings, if there is no basic cause, which is lack of erection. These include headaches, palpitations, facial redness, nasal congestion, dyspepsia … Added to this is that some men should not use it because they are allergic to its components or these interfere with their treatments for chronic illnesses (such as heart disease).

There are also restrictions for uncontrolled hypotensives and men with retinitis pigmentosa. This is because, according to the Cuban expert, international studies report vision damage, since this drug relaxes smooth muscles by inhibiting the production of the enzyme FDE-5 (5-phosphodiesterase) but can also inhibit FDE-6, vital for the retina.

In the new protocols of attention to sexual dysfunctions in our country (in the process of validation to be generalized throughout the health system), we insist on the rigor of the prescription of the drug, accompanied by other indications, such as its ingestion away from meals, low-fat diet in the previous hours and not taking more than one pill a day.

It is essential to demystify other aspects that young people handle inappropriately. Viagra does not protect against any STI and its use does not increase sexual appetite: without desire and prior stimulation, it does not lead to anything positive.

These insecure young people force a process that should be natural, spontaneous and pleasant for both parties, in an attempt to look good above all else. In that state, it doesn’t matter if you use alcohol, viagra or other natural aphrodisiacs: the expected effect is in your mind, even if your body suffers the undesirable consequences.

A healthy sexuality in all senses includes unlearning prejudices that point to the man as merely responsible for the sexual relationship. It takes into account that, at that moment, responsibilities are shared equally, so the only doses that must mediate between them are that of attraction and honesty.