Joe Biden’s actions, approving a new allocation of almost 3 billion dollars in arms for Ukraine and Josep Borrell’s initiative for the EU, in addition to providing arms to Kyiv and joining the bandwagon of sanctions against Russia, to train the Ukrainian military involved in a war, show that many have an interest in this war not ending. 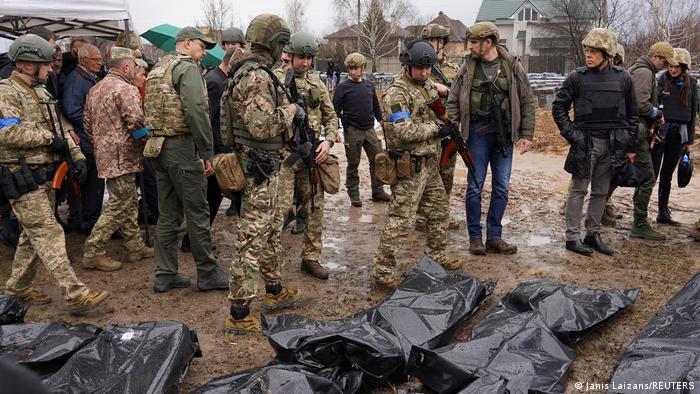 Both the EU and the US have hindered the search for peace in the conflict. Photo: Reuters

No unfounded premonitions: it is difficult to understand, but the world is being led – and quite rapidly – to the outbreak of a nuclear confrontation, perhaps the last, because it involves weaponry that can exterminate the population of the planet.

Let us look at the elements that make us think in this apparently apocalyptic way.

As recently as this August 24, the President of the United States, Joe Biden, announced a new package of arms shipments to Ukraine in the amount of 2.98 billion dollars. Enough money to feed or cure a few million African children who are dying for lack of food or medicine.

On the same day, the UN Security Council met, at Russia’s request, to discuss the Ukrainian military attacks on the Zaporozhye nuclear power plant, which had already been attacked by Kyiv 17 times in the last few days and, in addition, fires had broken out near the facility.

The war in Ukraine has exposed the fact that the United States is using the Ukrainian population as cannon fodder, in its hegemonic eagerness to subdue Russia and turn all its guns against China.

Moscow warned from the very beginning: “We will not allow Russian citizens or citizens of Russian origin living in the Donbas region to be massacred by constant aggressions”.

And another Russian warning: “We cannot allow the United States and NATO to try to encircle Russia, bringing modern weapons to its border with Ukraine”.

Both reasons could well have been part of a dialogue without the interference of third countries and, of course, without the arrogant presence of NATO as the driving force of the war.

However, what has the European Union (EU) done but hinder the search for peace around the conflict and create an adverse economic and social situation, to the detriment of its own nations?

European governments that support U.S. policy on Ukraine, i.e. arming that nation and sanctioning and destabilizing Russia, should bear in mind that this nuclear power plant is the largest in Europe, with six pressurized water reactors and a total capacity of 6,000 megawatts, and anything that happens there can affect the countries of the old continent. In the worst case, the radioactive components can spread and act against the lives of millions of people.

Sending weapons to Kyiv and imposing sanctions of all kinds on Russia has favored the U.S. military complex.

With the policy of Russophobia pursued by the EU and many countries in that region, the situation of every European household and citizen is affected in an extraordinary way. This August 25, for example, the news could not be worse: the price of gas has risen to a record high of 3,200 dollars per thousand cubic meters.

Add to that, the adversity that Europe is today affected by the worst drought in the last 500 years and is the victim of an unprecedented heat wave, which has already caused more than a thousand deaths.

Nevertheless, the head of EU diplomacy has just proposed “a large training and assistance mission to the Ukrainian army”.

Joe Biden’s actions, approving a new allocation of almost 3 billion dollars in arms for Ukraine and Josep Borrell’s initiative for the EU, in addition to providing arms to Kiev and joining the bandwagon of sanctions against Russia, to train the Ukrainian military involved in a war, show that many have an interest in this war not ending.

1 month ago Granma, TranslationsUkraine0
Abortion in Cuba and the right to decideAssassination measures imperial frustration