Home No impunity for price-gouging in Cienfuegos

No impunity for price-gouging in Cienfuegos 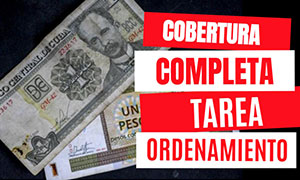 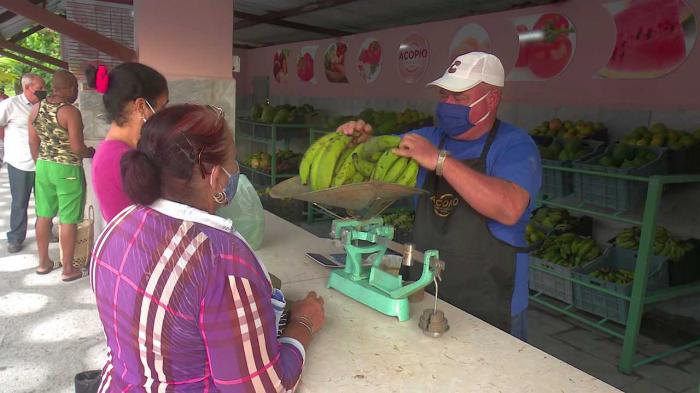 n Cienfuegos, inspections were more rigorous and more demanding in response to price violations committed by cartwrights, illegal drivers and self-employed workers who sell products that are not part of their activity. Photo: PERLAVISION

Cienfuegos: A sort of battle is being fought in Cienfuegos, day by day, against those who try to thrive on their fellow men and, by the way, affect the purposes of the Ordering Task.

Since October, a progressive upward trend in prices began to be verified in the province, especially in the sector of self-employment in the sale of food products, textiles and hardware. Also in the services provided in hairdressing salons, barber shops, manicures, cafeterias and …

From the very beginning of the phenomenon, the Provincial Confrontation Group began to counteract it, but it became more acute, and today the authorities of the territory themselves recognize what this implies.

Fara Iglesias González, an official of the provincial government and coordinator of the Confrontation Group at that level, explained to Granma that the control was systematized to prevent impunity. However, in spite of the high number of fines applied (more than 3,000 only since 15 November) and the certain contention derived from this action, illegalities continue to appear”.

The official emphasized that the rigour and “the demand in the inspections will be raised in the face of price violations committed by cart drivers, illegal drivers and self-employed workers who sell products that are not part of their activity.

He highlighted the integration into the work of various regulatory authorities. “We can say with complete certainty that where we detect this indiscipline, illegality or violation, we order that it be sold at the price set by the new resolutions,” he said.

“We also maintain a synergy with the information provided by the Price Observatory group.

On the basis of the complaint, they faced criminal acts associated with the illegal sale of cement, as well as those who offered the onion “leg” at 250 pesos, when the established tax is 40 pesos. In the same period, there were 23 seizures, and the State Traffic Unit withdrew a considerable number of licenses from coachmen.

According to the first secretary of the Party in Cienfuegos, Felix Duartes Ortega, “responsibility is vital in a matter of maximum importance that is not at all alien to the Party’s militancy”.

He considered that aside from the actions carried out in recent months and the intensity charged by these in recent days, in the confrontation with the rise in prices in certain activities, “we recognize that we have not yet been able to stop the phenomenon.

Duartes Ortega pointed out that, only in the last week more than 600 fines were applied in the province. He added that in the last 15 days, some 20 licenses were withdrawn from wheelbarrows, eight urban and suburban agricultural points were closed and three private cafeterias were closed.

But in his opinion, this is not enough. The struggle must be redoubled and the population informed of how much is being done.

In the opinion of the governor of Cienfuegos, Alexander Corona Quintero, “the Administration Councils must have the sufficient capacity to analyze the prices and to top them, for which it is necessary to analyze each case, product by product. To form a price, it is necessary to create a cost sheet. No one can invent or raise prices unjustifiably, here abusive prices against the population will not be allowed”.

Corona Quintero meant the articulation, from the province, of work groups that are visiting each place, as is done in the municipalities with their systems of confrontation, and their respective structures, because impunity will never reign. We are in that battle and we will win it, he remarked.

ALSO VIOLATED IN THE STATE SECTOR

The battle also involves the state sector. A recent control operation led by the Provincial Confrontation Group warned of numerous irregularities in the state agricultural market located on Calzada de Dolores, in Cienfuegos.

José Luis Calzadilla Olivera, a government official, detailed that products for sale were identified without being in the affidavit, large price alterations and weighing violations. For example,” he said, “we weighed the banana and people were not charged the actual weight, so they were being cheated.

“In addition, we were concerned that these serious violations were occurring in the absence of the administration. Those in charge of the warehouse were not fulfilling their responsibilities. They had 15 boxes of tomatoes in storage, and only one of the stalls offered the product. There was something there, we could not get to the end, but we managed to get the tomato out for commercialization at the established rate,” he added.

Other incidents were reported by representatives of the Integral Direction of Supervision in the territory. Martha Lendestoy Moreno, inspector, detailed that, “within the market, specifically in the points of sale of the credit and service cooperatives Mal Tiempo and Agustin Cabrera, the information boards did not publish the prices and, the consumers referred that they had bought the pound of tomato at 10.00 cup, when the current amount approved by the Governor is 5.00 cup. This determined the application of the corresponding decrees, and the duplication of the amount of the fines for several infractions”.