The disguise of convenience 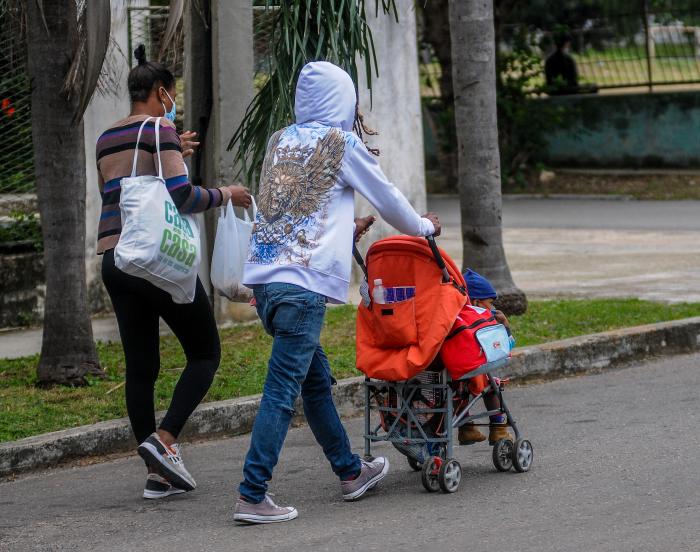 The disguise of convenience or the ideology of intolerance

Recognizing families as spaces for support and growth is a commitment of the Code. Photo: José Manuel Correa

With The Arranged Marriage, Vasili Pukirev, in 1863, became an honorary member of the Imperial Academy of Fine Arts. The work depicts a marriage ceremony of a girl, almost a child, contracting marriage with an old man in the center of the painting, who could well be over 60 years old. The atmosphere is somber, and the groom, soon to be a married man, looks at the bride not with the gaze of one who loves, but with a stern look from on high. A priest, no less old, is about to put the ring on the bride, consecrating the transaction by the Church. Behind the bride, a witness looks directly at us, with a face that confronts us not to remain impassive in front of what is happening. The sad face of the teenager seems to be that of someone who has cried. A candle in her left hand is reluctantly held while dripping wax, and the right hand is extended, resigned, to the sentence that the religious official is about to drop.

It is said that Pukirev painted the tragedy of his friend Varentsov, who, in love with a young woman who reciprocated his feelings, saw how his beloved was given by the family to a rich nobleman in an arrangement, usual at the time, purely economic and social, in which the woman’s opinion was not taken into account.

The painting made such an impression on the British artist Edmund Blair Leighton that, in 1879, he produced the painting Till Death Do Us Part, in which another wedding scene shows a young woman, now an adult, walking down the aisle of the church hand in hand with the groom, a man much older than herself. None of the characters in the painting has a joyful face. The bride, all in white, looks sadly down, shying away from the gaze of a young man with a moved face who, standing at the same height as the couple, on the left side of the painting. When the painting was initially submitted to the Royal Academy, the author gave it the title l.s.d. from the Latin libreae, solidi, denarii, which translates into pounds, shillings and pence. A clear allusion to the transaction that occurred there.

In most of Western history marriage was not a matter of love, but a calculated economic transaction. The woman, in the overwhelming fraction of cases, was the piece given as a prize in exchange for some social or economic advantage. In colonial Cuba itself, the transactional character of the institution was evident when decrees were issued to try to regulate unions so that they did not occur between people of different social strata, or between whites and blacks.

But marriage as a transaction not only reveals social asymmetry, whether economic, racial or otherwise, but also the profound verticality of a society that granted, above all to the father, the power to decide for the children – even if they were adults – what type of union they could have and what affections could be tolerated.

Such a state of affairs was not exclusive to the colonial condition. In the neocolonial Cuba of the bourgeois republic, marriage continued to be conditioned and limited, or censored for reasons of economic, social and especially racial asymmetry. What was not imposed by law, was imposed as false conscience, justifying itself in a natural order, good customs, the traditional given as something eternal, or divine designs. There is never a lack of ideological constructions to justify purposes of a different nature, and rather petty and selfish interests.

The defense of a traditional marriage that has never existed as an ideal for all, except in the minds of those who want to stop us at some point in the past for their convenience, is of little value.

The Revolution was also a revolution in social order and customs. With it, by sweeping away the class order that imposed social exclusions, the censures for economically asymmetrical marriages were also swept away. But it did not stop there. Like a hurricane of renewal, it swept away other prejudices and false considerations of propriety. In a very short time, marriages between people from the countryside and the city, between people from different social strata, between whites and blacks, and between different educational levels, not only became common, but were incorporated as normal in a society that only yesterday viewed with displeasure what had been inculcated as unnatural or, even worse, ungodly.

There was no lack, then, of those who cried out to the earthly and the divine, that the Revolution was bringing with it a social hecatomb [(in ancient Greece or Rome) a great public sacrifice, originally of a hundred oxen.] that would destroy the basis of the family in society. That allowing barbarities such as interracial marriage would provoke chaos, and that Cuba would be an immoral country where blacks and whites would immediately come together in debauchery. It was not lacking more, the “harmony of centuries” was about to be destroyed, which according to the ideologists of the catastrophe, was sanctioned for having been that way “since the beginning of time”, by the irresponsibility of men. From there to the punishment of destiny, or of some absolute deity, it was only a matter of time. Nothing of the sort happened.

Intolerance always disguises itself as necessity and victimizes itself as the threatened in order to hide the fact that it is the slasher. The time has come to take one more step towards justice. There is a right to vote no, but there is no right to lie about the Families Code.