Home Returning to a tragic mistake

Returning to a tragic mistake

Returning to a tragic mistake

The overturning of Roe v. Wade opens a Pandora’s box with no small number of ills afflicting women in the northern nation 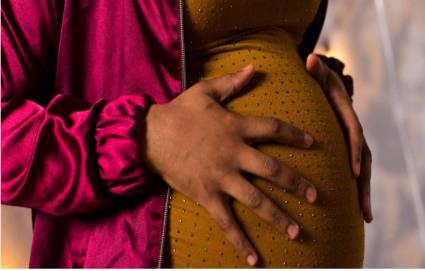 The United Nations has turned on the red light bulb for the United States after the Supreme Court reversed the right to abortion, thus taking away from the women of the northern nation a constitutional right that had been recognized for 49 years.

The decision by six of the nine justices of the highest court to uphold the ban on abortion in the southern state of Mississippi and five to four to overturn Roe v. Wade, removes American women and girls from the Convention on the Elimination of All Forms of Discrimination against Women, which was adopted in December 1979 by Resolution 34/180 of the United Nations General Assembly.

That UN standard protects females broadly and even recognizes their right to reproductive health, and, in opposing the effects of discrimination, includes violence, poverty and lack of legal protection, along with denial of inheritance, property rights and access to credit, among others.

Texas, Louisiana, Mississippi, Alabama, Alabama, Arkansas, Georgia, South Carolina, Tennessee, Missouri, Missouri, Kentucky, Idaho, the Dakotas, Utah, Wyoming and Oklahoma are among nearly half of the states that have indicated or explicitly stated they will ban the pregnancy termination procedure. The UN has expressed solidarity with the women and urged the U.S. to accede to the Convention, which it originally signed but did not ratify, as 189 of the 193 UN member states have done. The other three countries that have also failed to ratify the Convention are Iran, Somalia and Sudan.

The international body makes an essential argument: that legal access to abortion procedures helps reduce maternal mortality and ensures women’s right to bodily autonomy. It turns out that the United States exhibits a maternal mortality rate that is incongruent with the technical-scientific development and wealth of that country. According to data from the Centers for Disease Control and Prevention (CDC) in 2020, 861 women died from pregnancy-related complications, 14 percent more than in 2019, when 754 died, the highest maternal mortality rate of any high-income nation in the world.

Last February, the CDC, in a new report, showed a slight but steady increase in the number of women dying annually due to pregnancy or childbirth in the United States, and we highlight another piece of information given by the official record of statistics: the maternal mortality rate among black women is still three times higher than that of white women.

This brings another painful point in the figures of inequalities in a country that is going backwards daily in a journey to the seed of the most extreme puritanism and conservatism, and in this case not only is this backward march undeniable, but it is inhumane that from now on abortion is not authorized as a legal procedure in cases of rape, incest, threats to the life or health of the pregnant woman or girl or in the face of serious fetal deterioration.

We mentioned the situation of Black women, but it is aggravated in all cases of low-income or poor women. The Hill, in its analysis of the situation, cited a 2014 report, by which the Guttmacher Institute. Guttmacher found that 75 percent of abortion patients were considered low-income or poor, and commented that the costs of having an abortion are now rising when the expense of the medical procedure will be joined by travel to another state and even care for the pregnant woman’s other potential children. Three out of four women who have abortions are considered poor or low-income, The Hill stressed.

This situation will worsen if we take into account the affectations caused by the COVID-19 pandemic, when 20 million jobs were lost, as data from the U.S. Census Bureau and the consulting firm McKinsey & Company highlight that hundreds of women are being left out of the economic recovery process in the United States and are staying at home taking care of their families, among other causes because of the difficulty of finding reliable and affordable child care, and those figures in an AP report show that September 2021 counted about 2.5 million fewer women in the workforce compared to the same period in 2019.

Coupled with this is another element of inequality affecting women: the wage gap, which increases if you are Black or Latina. Before the pandemic, according to U.S. Census Bureau data, that gap averaged about 19.5 percent, with a woman earning only 80.5 percent of what a man earns.

These are just some of the weaknesses of U.S. democracy, which, for more than a few, is deteriorating or at least faltering.

We will see fateful results that will have no name, but only cold numbers in the statistics.

The United States is becoming increasingly polarized. Dire times are sure to come.