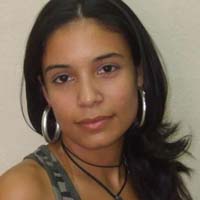 38 kilometers from the provincial capital city is the town where I was born. Thirty-eight thousand meters. That’s how I calculated the distance at an age when I was fully learning the units of measurement, and that seemed abysmal to me, especially because at that time, that was the furthest point from my home.

And it was until, for the first time, at least with some awareness, I went with my father to the other end of the island, where half of my family tree comes from. It was a long way away. From Las Tunas to Pinar del Rio, speaking in good Cuban, you have to give a tremendous wheel.

That’s how the distances in my life grew, and at some point, the calculation stopped being important. Imagine, if I thought of adding up the kilometers of the times that in five years I traveled the stretch between the balcony of the east and the city of the tinajones, I think I would go around the world more than Jules Verne.

Three years after graduating, I embarked on an iconic yacht, and with part of its crew I have covered almost all the caiman, shortening the distance between my heart and the companions with whom I share these pages every day.

My personal record in terms of space lengths was broken in that air crossing that took me to the country of the Eiffel Tower, the Champs-Elysees, Edith Piaf, Cézanne or the famous Seine River.

However, life is surprising, and in what way. In the blink of an eye, you understand that sometimes the most insignificant distances, those that hardly count in your normal life routine, can make the biggest difference. And it’s not just me, I’m sure that even those for whom my longest distances are just a tiny line on their personal map, have thought of that today.

At the age of 30 and with a certain geography behind me, I have to understand that calculating the distance of one meter, one hundred centimeters, one thousand millimeters very well, can put a barrier between tranquility and uncertainty, indiscipline and responsibility, conscience and the most pernicious ignorance. Because in times of covid-19, one meter can make the difference between life and death.

1 month ago Granma, Translations0
Hawks and Doves in the US Since Covid-19Pandemic and Spirituality